Today we saw a very interesting patient for a consultation from Dr. Emily Schorr!

This patient was diagnosed with a scleral melanoma, a rare form of eye cancer on the white part of the eye (called the sclera). She underwent cryotherapy to kill the cancer cells, which was successful.

She also had cataract surgery in both eyes. She also has glaucoma in both eyes, and had ALT surgery years ago. She currently uses dorzolamide-timolol and latanoprost in each eye at night to help with the glaucoma.

Both eyes had multiple stromal corneal scars, likely from a prior eye infection, per Dr. Schorr. She also has a droopy eyelid (called a ptosis) on the left eye, likely due to the multiple eye surgeries she has had on the left eye.

Her main complaint was that her left eye is much blurrier than her right eye, and she wanted to see if there was anything that could be done to help improve the vision.

Due to her complex case and extensive eye history, I felt that it was best to proceed with the EyePrint Prosthetic for the left eye. We took an impression of the entire ocular surface, which will be scanned at the EyePrint lab to design and fabricate a custom scleral lens. With a diagnostic scleral lens in office, the patient went from 20/100 "double and blurry" to 20/25 "much sharper and clearer."

She is very excited about her new lens, and we are excited to dispense the lens when it arrives. We also used an eye drop called Upneeq to help lift the eyelid and make the eyes appear more symmetrical. Thanks Dr. Schorr for thinking of us!

Check out her before and after photos for a non-surgical eyelid lift. 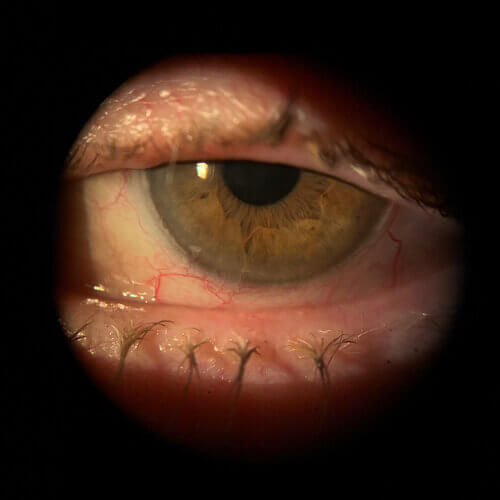 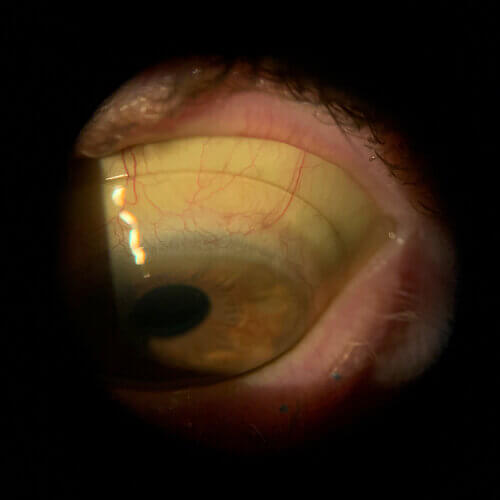 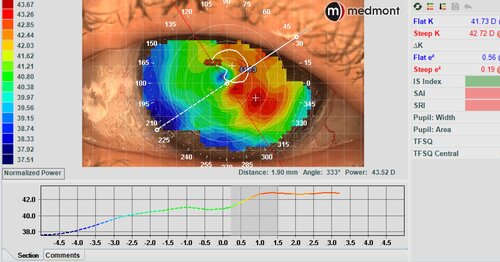